How to get Android 10 on your smartphone – Latest Tips

Apr 17, 2020
The wait is over. Android 10 is officially out and as expected is rolling out on Google Pixel phones. 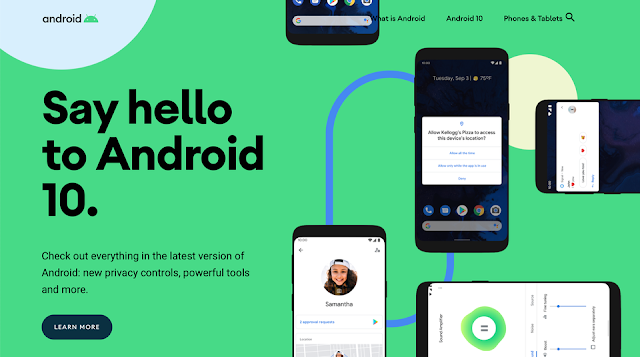 Users of Pixel 3, Pixel 3 XL, Pixel 3a and the entire pixel clan received the update while the rest of the world is pounding the search for updates option in their settings.
How to find if you have got an update Go to settings -> system -> advanced -> system updates.
If you are the lucky one, your screen will look like this: Device used for illustration is a Pixel device, update screen, size of the update and rest may vary for according to the smartphone.

Else it will show the last security update your device got. Also, before accepting the update, do make sure to back-up your phone.
The update was rolled-out to users worldwide post 11 pm IST on Pixel devices, essential phones as well as for Indian and Chinese version of the Redmi K20 pro.

Update for other devices

For phones like OnePlus, the Android 10 update is likely to be available on the Oneplus 7 and Oneplus 7 pro soon with that Android 10 open 5 beta was released on September 3.
While other brands like Samsung, Nokia, Xiaomi, LG, Sony, Vivo and other brands that run custom/heavily skinned versions of Android OS are likely to launch within the 90-180 day rollout window that Android has specified to OEM.
For users on beta program, the Android Q beta 6 launched in August will be close to the final Android Q release will receive a micro-update to make it the final Android 10 build.
Regular users will have to wait for the update package of 1248.6 MB (1.2 GB) to download and 20-30 minutes for the update to happen. one must have a fully charged device before carrying out the update besides backing up the content on their phone.
Also be warned that while most of the bugs found in the beta program might be squashed. The final release might bring with it its own set of bugs like battery drain, app crashes and compatibility issues.

While android 10 has more than ten important features, Here is a glimpse of five of those features:

1.System-wide dark mode: Ever since the release of Android 8 Oreo and Android 9 pie, App developers have been creating apps with a dark mode to view app in the night and help save up on battery. With Android 10, Google makes this system wide and the option to toggle this on and off.
2.Smart reply: Contextual reply and actions based on the content of the mail, message. (already tried in gmail and other apps).
3.New gesture-based navigation: While the Pill based navigation from ‘Pie’ and the back, home and recently used from classic android still exists, this new mode of navigation is using a swipe left, swipe right-centric gesture and making use of the edge of the display to call on recently used apps and more. 4.Improved system updates through google play store: Instead of putting monthly updates on the regular system updates platform, Android 10 plans to roll out security updates through Google play store while main updates can be run using the regular update channel.
5. Privacy settings: Improved privacy settings with a privacy menu which controls almost everything one, can control from app permissions to web & app activity to location history where each app is using which services. For example, location, SMS data, and photos will list the Apps that are using that service. Also, users will get to fine-tune settings like whether an app can access location info at all or when you are using that app (similar to iOs). Some of the other features include parental control as well as a focus mode to help priorities which app notifications to be displayed or not. Features that are yet to be seen are smart spam screening (waiting since Android Pie), live captions (only for high end devices).

How to Fix VPN Not Working in Windows 11